The Way We Win Matters

The classic sci fi novel “Ender’s Game” by Orson Scott Card was adapted on to the big screen in November 2013. The story tells of a brilliant boy, Ender, who trained to battle in a world threatened by a formidable alien race. In the final battle sequence, Ender skillfully devises the perfect strategy, carrying it out ruthlessly to achieve victory against his enemy, effectively wiping out the entirety of the opposing army. Just as the audience exhales from his display of incredible wit and meticulous execution, the chilling plot twist dawns: what Ender assumed to be the final simulation exam was indeed a real, flesh and blood battle. Ender had inadvertently committed genocide.

Enraged by having been manipulated into killing, Ender glowers at his commander, the emotion in his voice drenched with the incomprehensible weight of his new realization, he says,

the way we win matters.

Battle wounds inflict both the victim and the victor. When I look around the landscape of Christian activity, I see stripes of betrayal, festering cynicism, crippling disappointment, and visible strains of fatigue. Whether they are earnest, conservative Christians losing their grip on cultural advantages, or liberal Christians frustrated by the slow pace of progress, the war raging is showing its wear. We even use language like “culture wars”, or “spiritual battle”, and “fight against (insert cause)”. All along the spectrum, followers of Jesus are bearing the heavy cost of their own, hard-fought, battles.

It is the core of believers, to take up our convictions and season the world like salt; to shine like a light on the hill. Without a passion for our causes, our faith lies dormant, irrelevant to our circles of influence. Without the tenacity of a warrior, we cannot prevail in waging war against the global injustices present in our generation. Let there be no doubt, we are embroiled in a fierce battle.

And yet, the moment we begin fighting in ways more like the Roman Empire, than the One who submitted himself to death on a cross, we have already lost the war. When we begin to adopt the mentality of us vs. them, or attempt to lord power over instead of subverting from below, we relinquish our distinctive ability to critique the culture in which we live. We can dress our battle cry in fancy spiritual lingo, but unless our movement to fight is to give away power rather than gain, we aren’t fighting in the way of Jesus. Unless our battle wounds are cruciform; intentionally bearing the pain of others out of love, rather than from retaliation fire of a fight we start, we aren’t winning in a way that matters.

Ender’s Game, the movie, did poorly in the box office. There are many speculations to why it didn’t gain traction, but one reason is its counter-cultural narrative to the reigning glorification of violence in Hollywood. The Oscars, the most prestigious awards in the film industry, has granted many accolades throughout the years to movies portraying redemptive violence. An Oscar win is indeed the pinnacle of one’s acting career. Yet in 1973, the recipient of the Best Actor award, Marlon Brando, asked the actress Sacheen Littlefeather to publicly refuse the award on the grounds for the injustice perpetrated towards Native Americans by the film industry. Read the remarkable story of an example in which persons in positions of power and powerlessness worked together to create room for more justice.

There is no room for complacency and passive non-engagement with the rampant injustices from modern day slavery to environmental degradation. But we must fight for justice in the way of Jesus. This means scrutinizing our methods in community development, unpacking the nuances in dialogue for reconciliation, and being wary of sensational language which dehumanizes the ones we hope to persuade. The ends do not justify the means. Let our urgency and passion drive us to critique the how of what we do. Like Ender, let’s not be tricked by the lies of the empire, only to find out at the end, we have inadvertently committed injustice in the name of justice.

We must fight, but the way we win matters. 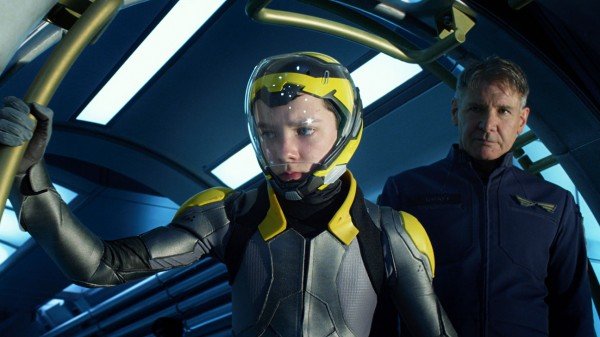