Are Christianity and Art Mutually Exclusive?

I am a little late to the train, but I have been watching the netflix original series, Unbreakable Kimmy Schmidt. The first episode had me laughing out loud almost the entire time. I adore Ellie Kemper, she does an amazing job playing the role of a 29 year old rescued out of a cult, trying to make it in NYC. Along the way, we meet other characters. Kimmy takes a nanny job for a woman named Jacqueline, who we find out in episode 3 is of Native American origin, which is funny because she is played by Jane Krakowski who is blonde hair and blue-eyed.

This surprising subplot can either be interpreted as clever satire, a social commentary on cultural assimilation or it could be construed as unnecessary offense—cheap shots taken at a minority stereotype for a laugh. The point is, the producers didn’t play it safe, they are walking the tightrope of respectability, one misstep could mean death for their humor and the show. 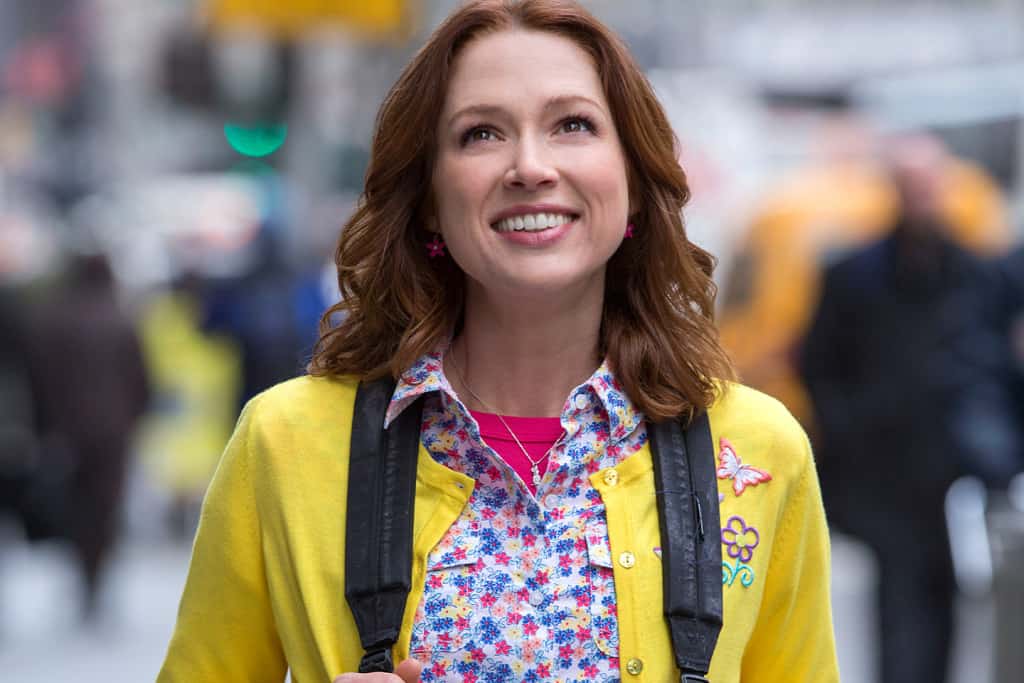 38 years and two editions ago, Walter Brueggemann published a ground-breaking book titled, “The Prophetic Imagination.” The Old Testament scholar conducts a thorough treatment of a sweeping vision through the biblical narrative to imagine the astonishing alternative life we are to live into. Brueggeman puts forth a powerful call to Christians to “keep alive the ministry of imagination,” because it is in creating good art that we stay renewed in a sustainable and subversive hope.

Yet for as long as I have been a Christian, the subculture has not been known to produce authentic art. Of course good art is in the eye of the beholder, but I define good art to be creations of paint, music, or stories which speak profoundly to the human condition and breaks open our imagination beyond what already is. Much of what is qualified as “Christian” art or music has instead done the opposite. It shuts down possibilities by offering a script to be consumed. Instead of creating space for genuine exploration of questions about God: Who God is, what God does, where God can be found, etc. Christian art supplies manufactured answers we are to repeat, repeat, rinse in a new marketing package, and repeat. We have struggled to rise up into a prophetic imagination to speak against the dominant consumer culture. If anything, the subculture has been subsumed by consumerism.

I am not the first to offer such a critique. For a long time now, I think Christians have lamented this problem, and some of us are trying to practice creating good art but if it was easy the job would be done by now. As Diana Butler Bass points out in this Robcast, there aren’t many prophets in church history who died peacefully in their sleep! Creating subversive art comes at a high cost. And even when we have committed to the cause, a lifetime of market conditioning to crank out consumable products instead of forging solid art takes time and laborious effort to unlearn.

I think this is where we are at. We are a generation struggling to practice prophetic imagination still, decades after Brueggemann called us to task. I can’t speak to the spirituality of Tina Fey and her production team, so I am making an assumption that they aren’t Christians trying to hold in tension Christian eschatological hope with subversive change through their art. Where are the Christian artists? Well, we are still recovering from domesticated and sanitized reproductions of mainstream culture.

We are still straining against the forces trapping us in fears of interfering with orthodoxy, breaking the rules, and upsetting the status quo. But we are practicing, I think. Sometimes, this learning process is wrought with mishaps. As the Liturgist podcast trio discussed, sometimes in trying to be a prophet, we are actually just being an ass. Shouting an unpopular opinion isn’t always prophetic—some opinions are unpopular for a good reason. And so, in pushing the envelope we must not be reckless, but smart rule-breakers.

But let’s not allow making mistakes keep us from trying. We have failed and will fail again. Yet the option to remain subsumed by consumerism costs us too many pieces of our soul. We are called to create beauty, not in filtered and instagrammable hipster trends, but in profound pieces that moves others to consider the mysteries of humanity. This, too, is a central concern of the gospel. Jesus died, not just to rescue us from our sins, but to resurrect us into new ways of living—creating alternative art that matters.

The very best news, as I have written before, is this: “to create is not a mastery to which only a select few can attain.” It is not a job for the elite with wealthy patrons or the intellectuals in ivory towers. Beauty is and can be made by unsung heroes, hidden beneath platforms. In fact, I dare predict, the next great piece of art that marks history will rise out of the margins, because the best expressions of subversive hope comes from those who have had to survive on it.