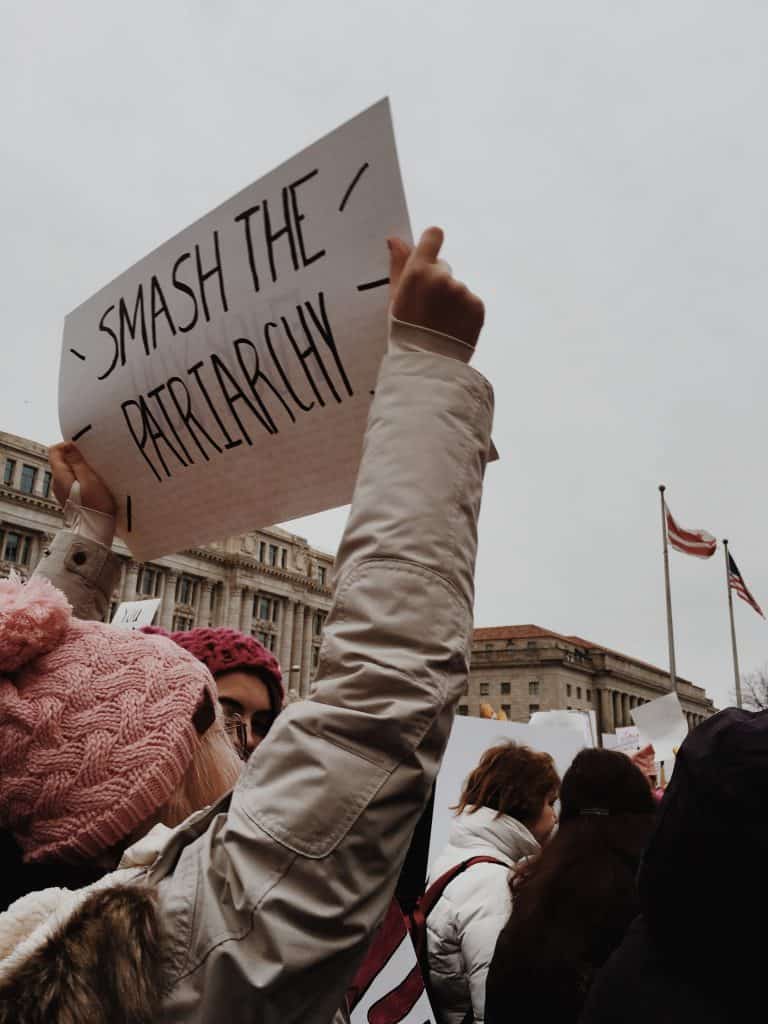 Why I’m not a Bridge Builder within Evangelicalism

As I watch from beyond evangelicalism the way Beth Moore has been bravely fighting for inclusion of women’s voices and agency within the Southern Baptist denomination, and witnessing the backlash, I can’t help but be reminded of how low the bar is for evangelicals. That to simply exist as a woman with a voice is heresy. It gives me chills to realize I, as a woman,  moved about in this space for many of my years. My worth as a woman was carefully and systematically chiseled and cemented as sub-human status.

I hate to be woke police as I understand that everyone learns and progresses according to their context and circumstances, but it’s hard not to feel like in 2019, fighting for the lowest bar of basic dignity for women is too little, too late.

Indeed, there has already been three waves of feminism in recent history, the first of which took place a century ago, in 1919 when women won the right to vote. Giving women a voice in the way their lives are to be governed was a step in the right direction in granting women autonomy. A hundred years later, women still cannot have a voice in their own spirituality, submitting an integral part of their being to the government of men within the largest denomination of evangelicalism.

I don’t know what the final outcome will be of Beth Moore’s current battle within her own denomination. I believe she will, and has already, disrupted the status quo, and possibly some progress will occur in which women gain greater agency.

But what I also know is that she will only be able to maintain her voice within the system if she stays in line with other matters of orthodoxy, i.e. remaining committed to sexual purity including condemnation of the “homosexual lifestyle.” This was the pattern for other Christian feminist movements within evangelicalism such as CBE (Christians for Biblical Equality); whose success in moving the needle on egalitarianism has meant they toe the line on reproductive rights and the inclusion of sexual minorities. (As reported by Deborah Jian Lee in her book, Rescuing Jesus, pp. 125)

In other admittedly harsh words, evangelicals only give a limited degree of freedom to one subset of human beings if they can surely throw other human beings under the bus.

I have a deep mistrust when evangelicals appear to be taking the right side of history on various issues. I remember being mind blown when I learned that the Religious Right adopted the issue of abortion, brazenly branding themselves as “the new abolitionists,” in order to paint a palatable narrative in the public to advance the deeper, nefarious agenda of defending segregation in schools like Bob Jones University. What many of us have mistakenly believed to be the origin of the Religious Right, the fight against Roe v Wade, was actually a cover up for blatant racism.

I learned that as much flack as millennials hustling for their rent get mocked for “branding” their platforms, the true masters are evangelicals who are as good at smokes and mirrors as they are at putting on music and light shows in their megachurches.

Growing up evangelical, the mantra we lived by was, “in the world but not of the world.” Evangelicals are not isolationists, they are carefully interacting with the larger context in which they operate while trying to remain holy. This is to achieve their goal of evangelizing others with their witness: having a real impact on others by being in proximity with them while maintaining a superior status to woo them towards Jesus.

This means that when the larger society threatens to disrupt the evangelical worldview, evangelicals either 1) cry persecution, defending their position as the divinely ordained one because the opposition by “the world” is evidence they must be doing the right thing, or 2) they do what they do best: rebrand.

In my lifetime, I have seen evangelicals shift from condemning drinking to now having no qualms to sharing a beer or two with friends from church. When I attended Wheaton College from 96-2000, there were still no school sanctioned dances because “morals,” but by 2003, the school began to lift bans on both alcohol and dancing. I watched my own community, back when I was a young, zealous evangelical crap all over Al Gore and his inconvenient truth as the liberal agenda to many of them now admitting despite the fact that “God is in control,” maybe we should still care about the environment and take climate change seriously.

Someone once predicted that in 50 years, evangelicals will have rewritten historical narrative to paint themselves as the heroes and champions of addressing climate change and I completely believe it. When you have enough power, you can say whatever the hell you want. See also: #altfacts.

I am, of course, not objecting to evangelicals taking progressive steps by shifting their standards on their moral code and caring for the earth. But it tells me a couple of things. First, to question the motivation behind such moves to rebrand their movement. Is it indeed, a serious commitment to wrestle with their theology and ethics in order to be faithful, or is it a superficial makeover to distract us from what is at its root still harmful?

One glaring example of this would be the “All are welcome” signs plastered over church signs across towns despite the fact their policies include not ordaining women or LGBTQ people nor allowing them in any sort of decision making capacity at the institutional level.

Second, it convinces me that evangelicals can and will change if there’s enough momentum and pressure from outside of their system to deem their problematic views unacceptable. It matters to evangelicals where “the world” is at because of their particular dance with it.

Due to the trajectory of my faith story, growing up steeped in evangelicalism and having moved beyond it, I’ve had to make choices in how I contend with evangelicalism.

In my initial shift away from it, I’m able to speak into the system, writing with an evangelical audience in mind, because of how familiar I am with their language. I was an insider and spoke with care for my inner circle. But the way the system is structured (read: the way those in control want to maintain their control), it eventually became untenable for me to speak using that voice unless I wanted to compromise my core values.

I stopped being evangelical.

Which also means losing my voice within it. Many believe they can have a greater impact if they speak from inside of evangelicalism, pushing the system towards progress by caving on certain issues, or at least speaking with gentler, more bridge-building tones so that it moves people’s hearts along.

After a lifetime of erasure within the system as a woman of color, I cannot tolerate further diminishing my voice or compromising the values which wrested me away from evangelicalism. Furthermore, I think partnering wholeheartedly with people whose values I do align with shapes the wider culture which places pressure on evangelicalism, and as we have seen, they do interact meaningfully with the world at large, albeit not always in the right direction.

As evangelicals contend with fast changing demographics, including rapid decline of Americans going to churches, those of us who are born of evangelicalism, but no longer of it, find ourselves in a unique position to impact evangelicalism not by building bridges within it, but building coalitions that shape progress from outside the system.

Our best hope is that they will respond with meaningful change instead of empty re-branding efforts. But most importantly, it means we can forge forward with integrity without compromising our values while also effecting change.

Join us for the inaugural Parenting Forward Conference, voices at the intersection of parenting and progressive faith: