When God Changed With Me

“I can feel Your love in this place ~~” the chorus blasts at full volume, skilfully performed by the worship band on stage.

It hasn’t always been like this for me. I was the teenager on fire for God. I raised my hand at every altar call, giving my life to Jesus in all the ways known to my young self. I sat under John Piper’s fiery teachings at Wheaton College’s World Christian Fellowship nights, where he passionately exhorted us to fulfil the desires of God’s heart, which is to be glorified among all the nations. We belted praise songs at the tops of our lungs, waving our hands wildly as my thumping heart echoed the palpable spirit in the room. I promised, yes Lord, send me, I will go.

I have felt God-bumps, ugly-cried Holy Spirit tears, and been stirred to lasting action.

I’m not sure when or how it happened. Perhaps it was when I encountered painful loss in life that the worship songs began ringing hollow to my bleeding heart. Maybe it was when the church’s teachings contributed to the oppression of powerless people that I began flinching singing certain songs (“His craft and power are great, and, armed with cruel hate”.”) Or rather I simply got bored with praise songs. They are, after all, composed of like, five chords.

It happened gradually. Slowly over many years, I stopped feeling inspired by what used to elicit spiritual passion. I had plenty of justification for it. We were under tremendous stress, living cross culturally in a country that wasn’t easy to live in, with young children. Spiritual dryness was not uncommon among missionaries, and I was well aware of this.

I didn’t know it at the time, but intellectually I was undergoing phases of deconstructing my faith. When you were immersed in a religious environment as a child, as I was, growing up requires dealing with childhood baggage that is tied up with a spiritual identity. Each time I encountered beliefs contradicting my spiritual upbringing, I was confronted with dissonance which demanded withdrawing into the default belief system I was taught, or allowing myself to wade through the differences and discerning truth despite antithetical claims. This deconstruction sapped my mental energy. I had to learn to rein in this new tension between faith and doubt. It’s difficult to maintain a child-like faith when there’s always a small voice taunting, questioning, and challenging. 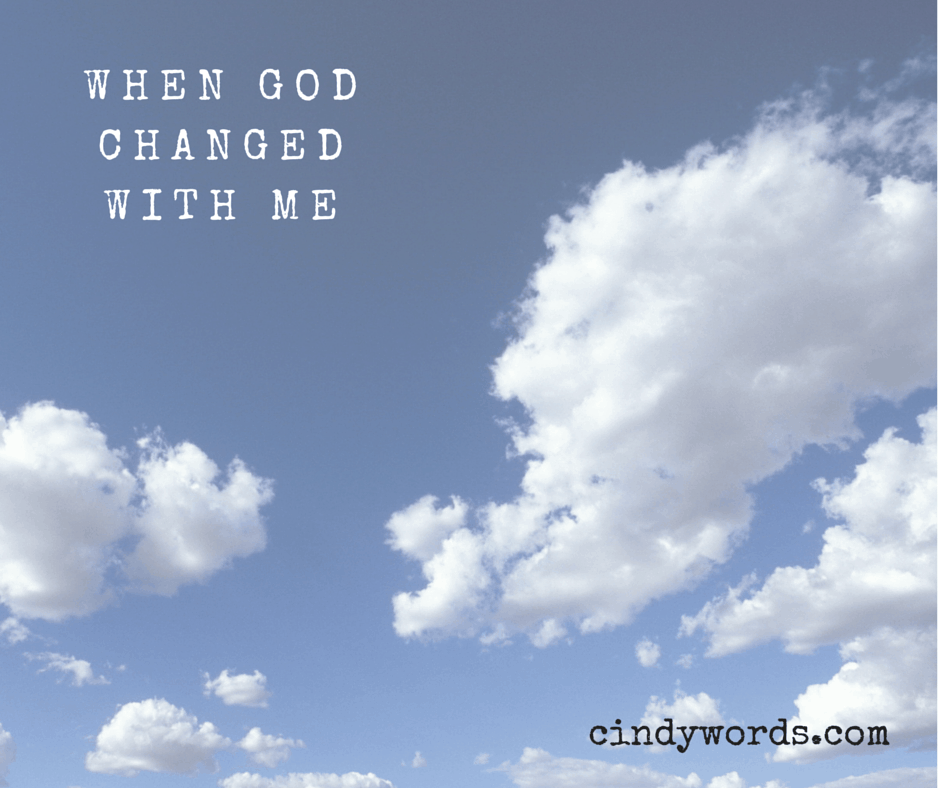 I thought it was the new normal. I thought that this was what it’s like to be an adult in the world of faith. Just as real life responsibilities limit the wild dreams we aspired to as imaginative children, I figured as an adult I am not afforded the luxury of ecstatic spiritual experiences. No, my faith, if it is to be maintained, must be shaped by critical thinking, gritty discipline, and good old common sense. I even wrote a blog post boringly titled, “Responsible Faith.”

Until one day, years after I had experienced any sort of spiritual euphoria, something happened that was meaningful to me in the 30s that would never have been in my 20s. My heart skipped a beat, and I excitedly shared the news with my family. That evening, I stepped into the shower, the first moment I have had to be alone all day, and I crumpled into a heap of sobbing tears. As the warm water rained on me, and my tears overflowing, I glimpsed a taste of a God-moment, reminiscent of my youthful passion. I finished showering, got dressed and stated matter of factly to my husband, “I bawled in the shower. It was a God moment.” I didn’t theologize or ultra-spiritualize it, or question whether it was God or just my brain relaxing in the shower at the end of the day resulting in me releasing tension through a good cry. I just knew it happened and went about my evening.

What I am learning is that the new normal is not that I no longer experience God, but that God is meeting me in new ways. The new normal is that I don’t need to hear people play guitar telling me to feel God’s love from a stage, I find God’s love in much less conspicuous places, from the stranger behind me who felt too awkward to shake my hand to the silly doodles my kids were making on the church bulletin. The new normal is that I no longer find authority in a celebrity pastors preaching at me, I find it listening to unheard voices of small bloggers and older people who aren’t social media savvy. The new normal is that I hear the Roman Road gospel preached and find it dull and superficial, and yet feel overwhelming conviction in the cross lived out by people who forgive their enemies.

The new normal is that although God has not changed, I had changed, and like a parent who stops cooing baby-talk, God is starting to speak in new, fresh ways to me.

And now that I have had a few tastes of different God-moments, even when they are few and far between, they are authentic, profound, and unprompted.  I am waiting in delicious anticipation for where and when it might come upon me next.