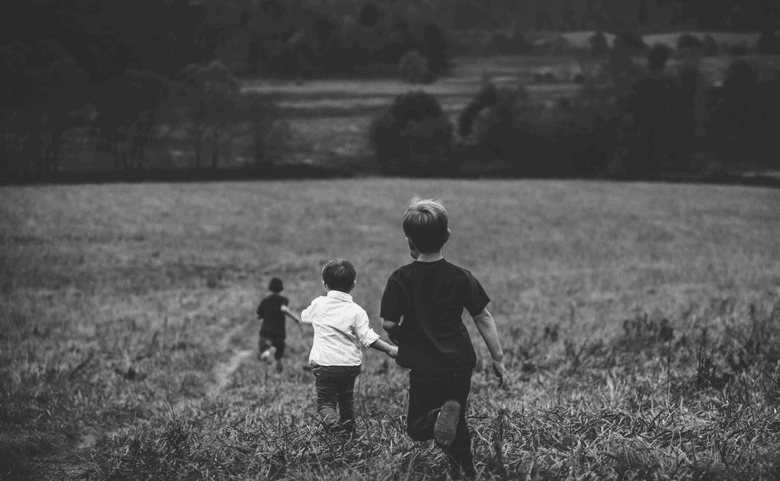 Rising from A Fundamentalist Childhood

Photo by Jordan Whitt on Unsplash

I spend a good bit of time wondering why it is that I ended up having to recover from the trauma of growing up evangelical, whereas others who shared my childhood came out unscathed. I know some are deconstructing privately for fear of the cost of public backlash, and others who are doubling down on the ideology of our upbringing and continuing to perpetuate some of the toxicity. But the ones I am most curious about are those who seem to be able to shift into a more mature, healthy forms of spirituality without the angst that I have experienced—those for whom fundamentalist childhood are funny anecdotes, as opposed to drawn out therapy sessions.

Of course, as children we are unique individuals with various personalities and inclinations. Perhaps those who are savvy with personality tests can help me decipher how we react to fundamentalism in our youth. Are Enneagram 8s, like me, particularly prone to diving deep into radical ideologies and pulling out of it with deep anxiety? Are extroverts less likely to experience pain at church culture because they are celebrated with their exuberance and sunny dispositions? I guess I ask these questions because I want to know, why me? Why have I changed? Why has my faith shift been so wrought with turmoil? Why can’t I just be chill?

I’ve also spent a lot of time with others who have traveled the same paths as me in various communities, looking for patterns of what binds us, and it’s honestly been a futile exercise. We may have similar trajectories, but we all have wildly different timelines, varying levels of intensity, and divergent healing journeys, as we should. And yet, it’s not all just haphazard. The toxicity of fundamentalism has similar effects on us, but because of our unique humanity, we carry our wounds in different ways.

I try to remember the child that I was: highly empathic, prone to anxiety, and imaginative. The toxic elements of fundamentalism took those aspects of who I was and made me a worse version of myself. They abused my empathy by eroding healthy boundaries of how much I was to “sacrifice” and give of myself in service of others. They took my anxiety and instead of alleviating it, used it to control behavior: fear of eternal damnation and a disapproving God wreaks havoc on a child with hyper sensitivity. And instead of encouraging creativity and exploration with an active imagination, I learned to fear the outside world beyond doctrinal borders.

Other may have received the exact same teachings that I did, but they did not internalize it into the depths of their psyche, because they aren’t empathic like me, taking on the feelings of others as if they were my own. But they may have insecurities, when compounded by fundamentalism, fills them with crippling shame of failure.

What I’ve discovered is that fundamentalism exacerbates the parts of who we are that threaten to disintegrate us. Much of my recovery and healing from the poison of fundamentalism has been to reclaim my identity and bring it back in sync with my whole self. This is why it was so essential for me to reject the doctrine of the “wretched sinner,” because I can’t welcome those elements of myself back into being unless I believe in my own goodness.

My empathy is a good thing, and very much needed in a cruel world of apathy. But it had been so corrupted into an unhealthy codependence that I needed to learn to drawn firm boundaries, and within it begin to exercise my empathy in a responsible manner that doesn’t require me to lose myself. My anxieties are part of who I am and needs to be validated. I had been told to sweep it under a rug or magically disappear by the power of prayer. Now, I embrace my anxieties by slowly recognizing it and working through it. In fact, I allow my anxiety to take me into deep and profound places of reflection. It’s what makes me a creative, because to be anxious is beautifully human.

As I work on Raising Children Unfundamentalist, I want the next generation to form an integrated life the first time around. I don’t believe we can avoid growing pains, the process of making mistakes, failing, and learning from them. My goal isn’t to provide a perfect childhood for my children. What I don’t want is for the children to have to exile parts of themselves and having to put themselves back together like I had to, I want them to grow as whole selves, from childhood and beyond. To me, this looks like honoring all of who they are from the moment of birth—respecting their physical autonomy, validating the whole range of their emotions, and giving them spiritual grounding as well as freedom.

It all still feels like brand new territory as the world is only beginning to wake up to offering children full respect. Perhaps my fundamentalist childhood is a blessing in disguise, as it made visible the areas we sorely need to work on to make lives for children better. And in the building of a better world, may we find deep healing and rise together with the next generation.