I am an Angry Christian

**Thank you to everyone for the overwhelming support and response to the Terrible Christian Series. I have been thrilled to share the stories of my friends on here, but I’m also excited to be back for the final post in the series.** 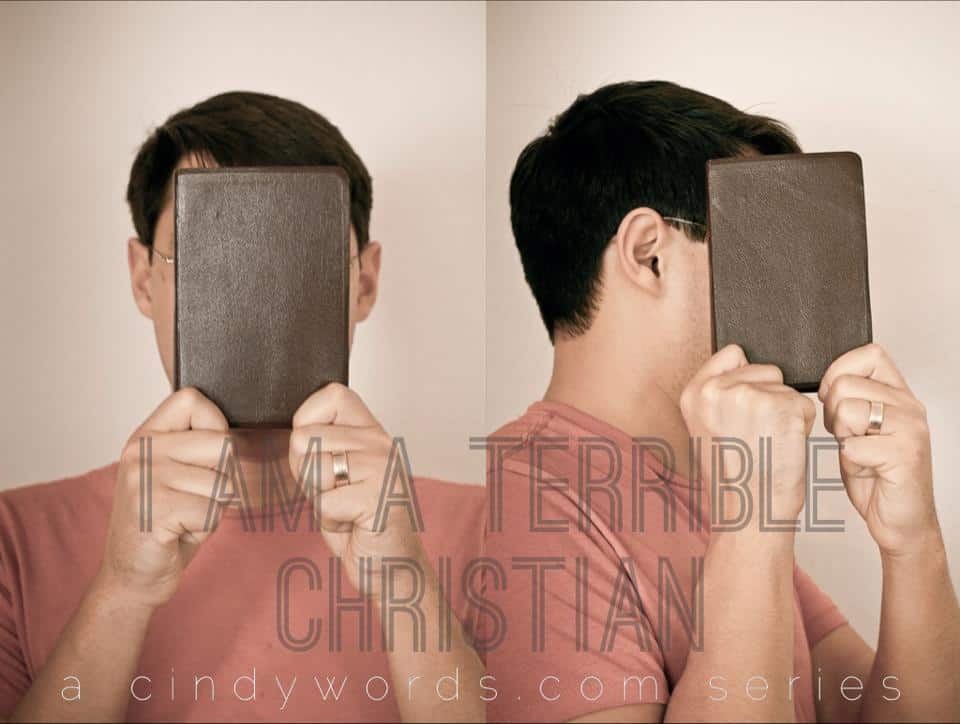 Anger has a bad rap. Anger is in bed with violence, destruction, vitriol. Unchecked anger flares fiercely and cause us to speak or act without reason, self-control, and kindness. Anger physically distorts our face; we seethe, tremble, and involuntarily raise the volume of our voice. Anger mars the image of a socially acceptable persona, it makes a scene, upsets the peace, and invites scorn. In short, anger is sin.

The biblical exhortation is to be slow in becoming angry, not never be angry at all. To be sure, our human capacity for destruction turns the emotion, anger, awry and we have witnessed the devastation after a rage storms through, leaving behind years of tears and labor to rebuild. However, anger is not the only emotion we have corrupted. Our pursuit of happy feelings, like excitement, pride, and curiosity, can also lead us to less than desirable consequences. Sin distorts what is originally created to be good. Our redemption in Jesus Christ does not eradicate what was created within us for good, but reorients our whole selves towards beauty, community, justice, and peace.

I hereby declare: I am an angry Christian.

I get angry when I hear stories of underage girls lined up to be prostituted by sex tourists.

I get angry when helpless student demonstrators are being dispersed by riot police using water cannons and being beat back by batons in my country.

I get angry when prominent evangelical institutions refuse to allow women to teach men from the very Word of God which proclaims, “there is neither male nor female, for you are one in Christ Jesus.”

I get angry by the statistics of global wealth disparity, by the numbers of children dying before the age of 5, by those orphaned from HIV, by the millions enslaved in bonded labor, and by empty political rhetoric without concrete action.

I get angry when I see our generation. set on a path of greed, lost to the myth of unlimited growth, single-handedly destroying our beautiful blue planet.

But I don’t just get righteously angry.

I get angry when someone cuts in front of me in line.

I get angry when my children whine in that annoying high pitch.

I get angry when my husband is cranky and is rude to me.

I get angry when the internet is down, when the weather doesn’t cooperate, when things don’t work out smoothly.

Sometimes, I get angry for no good reason.

For a long time the world told me I couldn’t express my anger.

As a girl, I was told my angry scowl made me ugly, and little girls should smile and look pretty. A compliant spirit  is what makes a girl sweet and lovable.

As Chinese, I was told to make peace and not ruffle any feathers. I needed to know my place, fulfill my obligations, respect men and those in authority. Above all else, live in harmony; sacrifice yourself for the community.

As a Christian, I was to be nice: all the time. When things upset me, it is because I was weak and sinful. A godly woman never responds in anger. By the grace of Jesus and the power of the Holy Spirit, I should be able to suppress those feelings and respond with grace.

Slowly, sometimes painstakingly, I am reclaiming the good gift of anger. Anger channels passion, and is often a conduit of love. When God brewed in anger over God’s people in Scripture, it is often a reflection of God’s faithfulness with a people prone to wander. Love and anger are sometimes opposite sides of the same coin. They drive us to pursue justice in the face of suffering. Anger fuels commitment to lasting change.

Just as much as I want my anger to demand justice for others, for all to be treated with equal dignity and respect, I need my own anger to demand just treatment for myself. Without anger, I eventually learn to cope with words that minimize me, actions that diminish my gifts, and systems that marginalize me. My sweet, compliant spirit slowly whittles me down to a mere shadow of myself, one who goes with the flow, maintains harmony, and obeys without question. In doing so, I rob myself of the respect I deserve as a beloved creation of God, and I rob my community the gift of my authentic self.

So I am an Angry Christian. Angry, because it is part and parcel of my humanity. Christian, because I believe God is taking what is good, what has gone awry, and reorienting my anger towards justice for others and myself. Anger becomes a tool of redemption to do the hard work of learning to love others rightly, without becoming invisible in the process.

To my Christian brothers and especially sisters: we can be angry and still Christian. Do not let the sun go down without figuring out what is making you angry and how to express it in a responsible way. Do not temper your anger with condemnation and shame; temper it with a persistence to build right relationships, with God, others, and yourself. We need your anger to compel the world to hope, and we need your anger to give us the gift of the whole of your true selves. Because when you become the fullness of how God has created you to be, with the range of emotions you carry and unleash: watch out, world.

We are Christians, and we ROAR.

You may also be interested in other posts of the Terrible Christian Series: I am a Sad Christian, and I am a Lazy Christian.