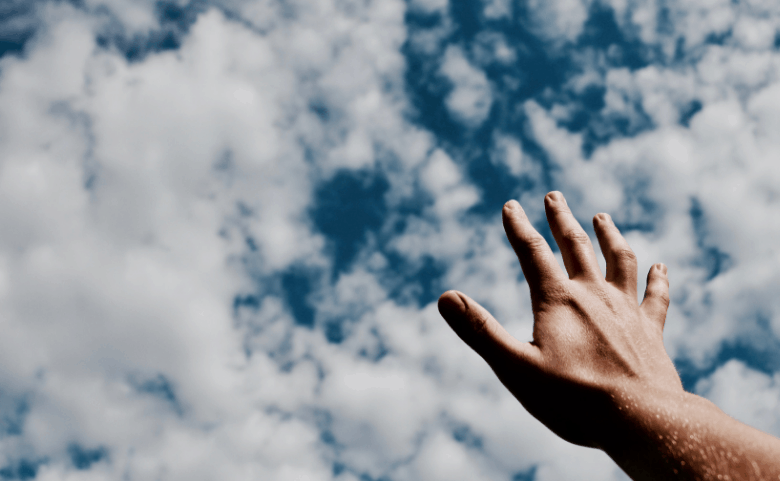 Photo by Jeremy Perkins on Unsplash

Not that you’d want to…let me back up.

Here’s my version of recent Christian internet events. In 2011, Rob Bell came out with the book, Love Wins, which caused John Piper to farewell him, and lots of people to excommunicate him from any legitimacy of Christian orthodoxy. And he shook the dust off his sandals and went off to join Oprah on national tours.

But what it did for the rest of us was that it popularized an age old theological debate over hell, and specifically to question the way evangelicals have narrowly defined those who “go to hell” as those who disagree with the evangelical establishment. If you did not believe certain things like the original sin, Jesus’ sacrifice on the cross for said sin, and accept Jesus into your heart, then it’s off to hell you go.

Rob Bell and a whole lot of other people were like, wait, maybe it isn’t as narrowly defined as this, because it makes God really capricious and cruel, and possibly if God exists and God is love then LOVE WINS, and so a bunch of us said HELL NO to hell.

Once you deconstruct hell—you don’t believe hell exists and that anyone gets sent there—it really opens up a whole new world of theological imagination. Because all of a sudden, the reason for why you have faith, follow Jesus, live a good Christian life, is no longer based out of a fear of damnation. And it turns out, when you are compelled by love instead of fear, life feels bigger, fuller, and more free. I highly recommend it.

But if we no longer believe in hell, then what do we believe about the after life? Do we have to deconstruct heaven along with hell? The thing about hell is that it poses a theological conundrum by violating God’s moral character. It is counter-intuitive to imagine a God of Love who sends people to eternal conscious torment (I mean, people still do it, the cognitive dissonance is strong with the faithful…), but the concept of heaven, in whatever form it might take, is a natural progression of faith in a good and loving God.

Perhaps this is why we don’t talk about deconstructing heaven near as much as we deconstruct hell. Also the fact that it’s hard to question the future realization of whatever hopes we have in this life without coming across like a total Debbie Downer and a straight up jerk. I mean, who’s going to go up to the bereaved at a funeral and say, “Maybe Grandma isn’t in heaven?” Jerk!

As much as I find the Christian tradition, as well as other religious traditions’ versions of the after life fascinating, beautiful, and hopeful, I have to believe that it is also a total and complete mystery. Everyone last one of us is an agnostic about the after life if we are honest with ourselves. Whatever belief we have is speculation, no matter how earnestly that speculation may be held.

In the spirit of speculation then, we have to ask ourselves this: what if there is no after life, and this short, fragile, blip of a life on earth is all we’ve got? How then, will that change the way we live our current lives?

Here’s the dilemma: if the answer to that question is, nothing. It doesn’t matter what I believe about the after life, it doesn’t change how I live today, then this conversation is over. Stop reading this blog, and go have a lovely day of your life.

But if the question is no, it would RADICALLY change the way that I treat myself and others and the earth, then we owe it to ourselves to ask the next question: does belief in a heaven make us help or harm ourselves, those around us, and future generations? Or maybe, how do we hold a belief about the after life in a way that compels us to live better right-now lives?

I grew up believing one day God was going to zap God’s fingers and take away all suffering and pain. And any work we do right now to relieve suffering and pain is participating in the work of God that will one day become fully realized. It provided theological impetus for me to do good in the world…until it didn’t anymore. I stopped to consider what if there will be no eschatological realization, and that whatever suffering we create in this world, we are solely responsible for relieving it? It’s a devastating reality to grasp at first, but it drives me to be even more concerned about dismantling systems of oppression as a citizen of this human civilization.

And what about the difficult reality that maybe we won’t see our loved ones again in the after life. How does that change the way we deal with our grief? It feels cruel to suggest this because that hope can be such a necessity to cope with death. My concern, however, is that this “hope” becomes a bandage over the deep pain of loss and prevents us from exploring that grief fully by covering it up with, “I just need to wait it out until I see my loved one again.”

And on a larger scale, the hope that heaven and earth will be made new, in quite a literal sense, causes us to at least hold back on putting all of our resources into rescuing our rapidly warming earth. If there is a second chance, then it’s easy to be half hearted about the potentially ONLY chance we’ve got to save our suffering planet.

I think our beliefs about the after life are deeply personal, and I want to be clear about respecting the wide spectrum of how people treat death and the departed. But when those sincerely held beliefs begin to impact the well being of our society right now and whose effects impact future generations—it is worth interrogating even the most sincerely held beliefs.

I’m sorry to be the jerk that deconstructs heaven. I promise I am not completely joyless.