Not too long after being introduced to John 3:16, I was taught Psalm 139:13. Now that I am a Christian, it’s important I understand that Christians are anti-abortion, that life begins at conception, that terminating life is nothing short of murder. Throughout college, I carried the cause of the Pro-Life movement in a symbol tacked on my school bag: a miniature pair of feet, a replica of a ten-week old baby in utero, intricately shaped in sterling silver.

I didn’t think about it. I never HAD to think about it, having never carried an unwanted pregnancy. For me, the pro-Life movement was simple, uncomplicated, pretty and sanitized as a small silver ornament. That is, until I moved to China, a country well known for its high rate of abortions—including forced abortions, particularly of baby girls.

The issues surrounding abortion in China are completely different than those faced by western society. The nation is reeling from the effects of early twentieth century Communist campaigns to reproduce. Overpopulation threatens the economic and ecological wellbeing of the country; the vast disparity between wealth, between rural and city living, and a lack of autonomy in average citizens all play a factor into the people’s attitudes towards the nation’s family planning laws (which includes forced abortions and sterilizations.)

It took that cross cultural living experience to teach me that the well-versed arguments for and against abortion I learned, were specific to a North American context and were uniquely crafted to participate in this particular nation’s culture war. Unless I wanted to wander the streets of China appalled at what takes place daily in Chinese society, it was necessary for me to adjust the judgmental attitude I had assumed regarding abortion to faithfully steward my relationships with Chinese friends.

The latest shot fired in the abortion culture war of America was the edited video of Planned Parenthood staff. I call it a pawn in a culture war because it is an edited video, which implies curation for the purpose of conveying a certain message, released by an anti-abortion activist organization, containing material of shock value, namely the cavalier manner in which one discussed the gruesome process of abortion.

Released by people with an agenda.

Those are three red flags that one might be manipulated into taking up arms in ideological warfare. And having spent six years living in China, trust me when I say I understand how propaganda is peddled.

Now I am not saying as Christians, we should not be concerned or appropriately horrified at the idea of babies being crushed for profit. What I am saying is that the conversation about the value of life, pursuit of justice, and speaking up for the vulnerable should not be instigated by a sensational video. That is a terrible place for any conversation to begin. And as I have seen conversations unravel and disintegrate into vitriol-hurling rhetoric online, I am even more sure of my thesis. When we begin pursuing righteousness on the basis of an agenda, or propaganda, we are appealing to the worst parts of humanity.

“Are you anti-women or baby killers?” are the questions we pose. And yet, this is not who we are. We are not monsters duking it out with pitchforks, drawing lines of division and stabbing our opponents to the death. The world is not some cosmic battle between angels and devils; we are mostly decent human beings doing our best to fight for what is good and true and right for our survival and welfare.

Our daily struggle is not nearly as glamorous or shock-inducing as footage from a sting operation. The stories of unwanted pregnancies, abortion, government policies, adoption, birth control, deep joys and economic hardships of families exist in the hearts and lives of ordinary women and men. Their stories don’t fit so neatly into any kind of agenda or narrative, they are as diverse as the people across the globe. Start the conversation about life right here: in the diversity of stories, from the black teenage girl in downtown Detroit to the mother of five in rural China. 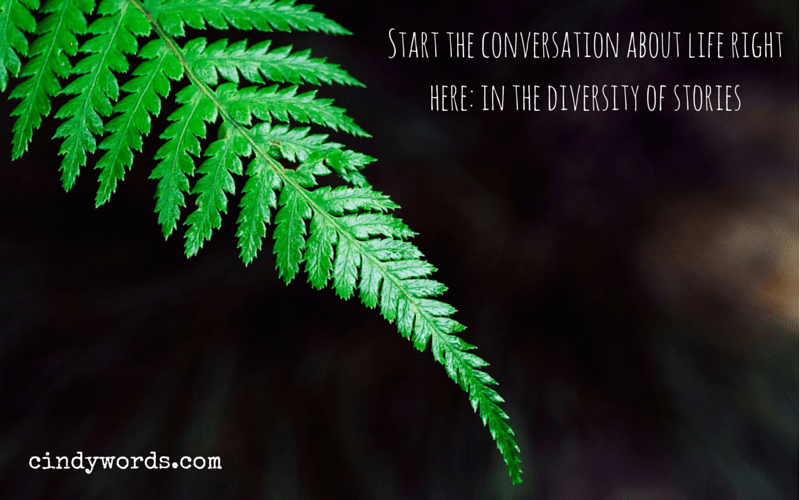 Want to care for the life of the unborn? Hold the hand of a pregnant woman. Respect and honor her as you ask to hear her story. Want to change government policy and advocate for more just laws? Take a more broad approach at the political, economic, and moral landscape in which you find yourself and look for a comprehensive picture rather than one single issue. Abortion is tied up with many other realities including socioeconomic factors, education levels, availability of birth control, autonomy of women, etc.

But as far as I can determine, these wars only leave both sides in defeat, with no constructive dialogue moving forward. We can come together, and reach out across enemy lines, if we let our collective compassion, common decency, and shared mercy bond us. Only as we reach for the best of our humanity can there be true hope of living out a pro-life society.