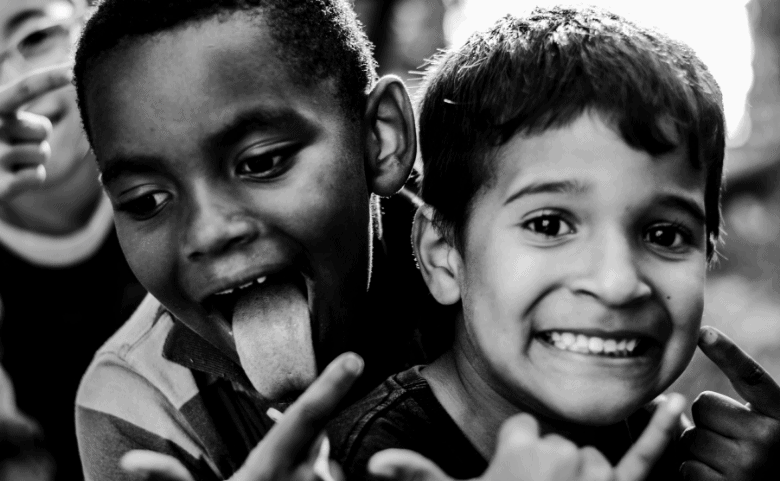 Photo by João Rafael on Unsplash

It’s been a few days but someone brought my attention to this two-tweet-thread by well known Bible teacher, Beth Moore, whose story has been covered in detail by a recent Atlantic piece titled, “The Tiny Blond Bible Teacher Taking on the Evangelical Political Machine.”

They ain’t the boss.

Beth has made some courageous moves lately. Most notably her outspoken criticism of Trump which I respect given her context, but her tweet regarding parenting and kids reveals an underlying authoritarianism that is deeply seeded in her worldview even as she is emerging as the resistance to the ramifications of that system.

I don’t want to straw man her argument. I understand that her tweet is snarky and not to be taken literally without nuance. And I am sure beyond a shadow of doubt she loves her own children and all children. So I hope to engage with this tweet with as much understanding as I can muster.

Families are units of people living under the same roof who are of different ages and life stages, with their own dreams and struggles. Anytime you put human beings together in a group, there will be a clash of opinions, but if you’re committed to one another in relationship, you commit to compromise and negotiations. And as parents and adults, we are responsible for our children’s well-being, and this means making decisions for them, and sometimes even overriding their opinions and will if we believe it is to their benefit.

I think this is what Beth is getting at—children sometimes don’t want to do things we think they should do, and we have to learn how to navigate these tensions.

This is a reality of life, the messiness of learning to live together, belonging to one another, caring for each other’s well being as well as tending to our own boundaries.

Instead of saying this, Beth tweeted rather harshly against children. “They ain’t the boss.” Maybe she’s employing this as a rhetoric device for humor or relatability, it cannot be missed that the implication is WE ARE THE BOSS, and the children are not.

This is the problem with an authoritarian mindset. The system sets up hierarchies of power so that someone is always the boss over another.

What could simply have been a normal, healthy conflict becomes entrenched into a power struggle in which someone loses, not because of its inevitability, but because authoritarian systems construct the binary.

You apply this system of parenting into forcing children to go to church against their will, and all of a sudden, the authoritarian structure and power struggle becomes divinely sanctioned, and now it isn’t just the parent who is the boss, GOD is the Ultimate Boss, which can be spiritually damaging.

Perhaps my theology and values are too estranged from Beth’s brand of Christianity, but when I look at the gospels, Jesus came to topple hierarchy. Jesus came to show us that God is not the boss of us, nor would God ever force us into anything.

Jesus died to submit himself to power, to drain Authoritarianism of its power over us, so we can be empowered to live with mutual flourishing in society.

Isn’t that the Good News for our children? That they aren’t born to engage in power struggles against us, their parents? We welcomed them into our world so we can share in our power and joy and dreams. So we can have this life together of mutual giving and taking, where both parties enrich one another’s vision for what makes us whole.

Incidentally, in my recent episode of my Parenting Forward podcast, I interviewed the great Barbara Brown Taylor, in which she asked me this very question: “If your children say I don’t want to go to church, is that something important to listen to, or is it something to override?” (listen to that question at timestamp 25:10)

You can listen to my answer on the podcast, but I’ll also rephrase here:

If our children have opinions and ideas, and certainly when they express emotions (re: Beth’s tweet of “livid kids”), we have to listen and explore their inner landscape. Our homes have to be a safe place in this often unkind world, for our kids to present their true selves. How can we encourage that if we don’t give them the agency to express themselves knowing they will be respected and validated?

Why don’t the children want to go to church? Give them a hearing, an opportunity to present an argument for why they don’t want to go, or shouldn’t have to go. They deserve to have a voice.

Then comes the negotiations, the mutual give and take that makes for beautiful relationships. Parents, having respected their children, can also demand respect for their own voice. Present your case:

“It’s important to me that you join the family and here’s why.”

or “here’s an alternative that may work for both of us,”

This may be in antithesis to the Original Sin doctrine of fundamentalist theology, but children are not out to get us. Beth says, “they don’t want to do their homework, they don’t want to go to school, they don’t want to sit at the table and eat an actual meal with their families.” First, this simply isn’t true of all kids. But more importantly, this carries an assumption that the children are drawn to poor choices in life, that given two options, they will always choose against the parents’ preference.

This is the kind of binary that is constructed by authoritarian fundamentalism, and it sets us all up for defeat and failure.

There is another way, and I implore Christian parents and leaders to consider honoring all of our children as full, autonomous human beings, worthy of their own agency over their own lives.

Join me for a FREE 2 day webinar on Parenting After Religious Trauma. We’ll talk about how to recognize religious trauma, and how to religious trauma-proof our kids! Details and register HERE!!